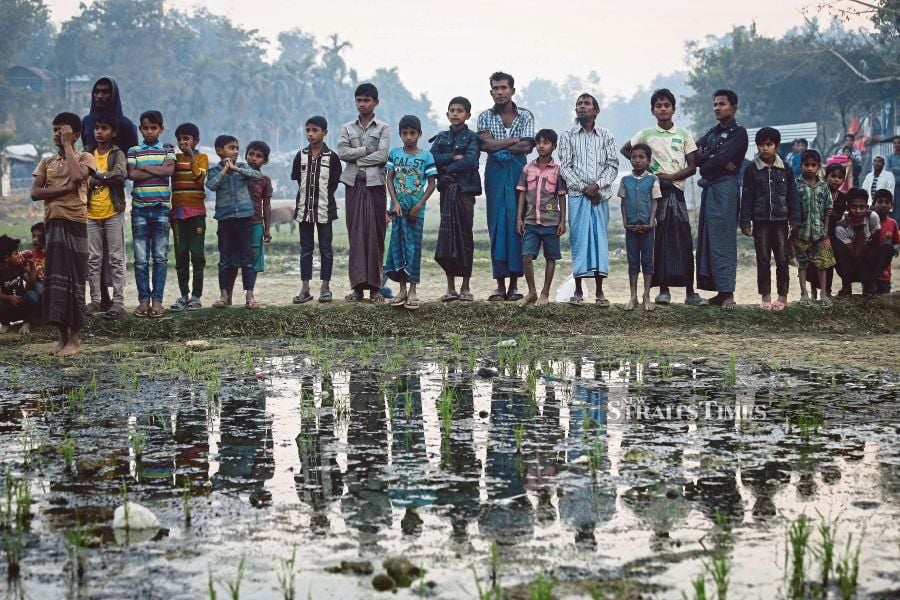 We are worried about the repatriation plan for the Rohingya in the Cox’s Bazar refugee camps.

We would like to reiterate that forced repatriation of the Rohingya to Myanmar is a breach of international laws and will not resolve their plight.

The solution must be based on the root cause, which is the ongoing genocide. The fight between the Arakan army and the Myanmar military in Buthidaung is forcing the Rohingya to flee.

We welcome the resolutions adopted by the European Parliament, which are the comprehensive arms embargo on Myanmar, targeted sanctions against the perpetrators and referral to the International Criminal Court.

We hope Prime Minister Tun Dr Mahathir Mohamad will continue to highlight our plight to find a permanent solution for us.

The support from Malaysia and other countries is crucial in ending the genocide.

We appeal to the prime minister of Bangladesh to resume the Internet connection in Cox’s Bazar as it is crucial for the Rohingya community to communicate with the outside world on the situation in the refugee camps and in the Arakan state.

We seek the support of the Bangladeshi government until the UN is able to end the genocide. We appeal to world leaders to manifest the laws that they created for the wellbeing of people on Earth.

Ending the Rohingya genocide must be the top priority of the UN assembly to achieve the Sustainability Development Goals (SDGs). How to achieve these SDGs by 2030 if we cannot stop the war now?

How can we ignore the cries and spilled blood of the women and children, and just watch innocent people being murdered by their government?

Together with other survivors of the conflict, we, the Rohingya, call upon the UN to take realistic actions immediately to end the calamity.

One comment on “UN must find permanent solution to Rohingya plight”